Kalasuri Ariesen Ahubudu was a reputed Sri Lankan writer, orator, playwright, composer of Sinhala songs, author and poet. He was also the recipient of three government awards for literary works and held the prestigious title of Kalasuri from the government of Sri Lanka, in addition to winning the Sarasavi award for the best composer of film songs. Kalasuri Ariesen Ahubudu had over forty years of experience in providing names for newborn children. He also provided names for Government institutions, banks, media institutions, newspapers, and trading organizations. For more details, please visit his website www.ahubudu.lk

Samanthi Ahubudu, the daughter of the late Kalasuri Ariesen Ahubudu, is continuing her father’s valuable service of providing names to newborn babies, institutions, and for other requirements. 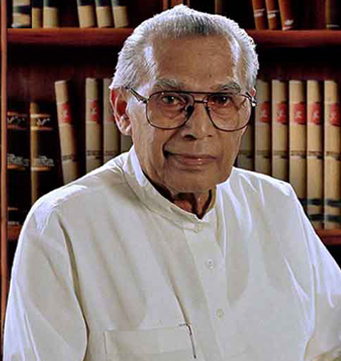 Business and Institutional names that we created

In ancient times people in Sri Lanka used very short names. Very often these names were confined to two or three letters. Such names too were limited in number. Aba, Siva, Gemunu, and Thissa are such names.

Very Often names of females were formed by the addition of syllables such as “ආ”, “ඉ”, and “ඊ” to male names. Often prefixes were used to specify certain persons. Dutugemunu, Panduaba are
examples of such instances.

Gradually people became accustomed to longer names (mostly Pali and Sanskrit names). They were given to denote persons to give various meanings showing their identity. With the arrival of the Portuguese, British and Dutch we could notice a tendency to use their names, particularly Portuguese and English names.
Towards the latter part of the nineteenth century with the national movement of Anagarika Dharmapala a tendency developed to use Pali and Sanskrit names with a Buddhist orientation.

Thereafter, due to the influence of such movements as the Hela Havula, people got used to adopting shorter names. They showed the identity of the Hela (Sinhala) language and the Hela race. Simple, pleasant, and meaningful names coined by Kasaluri Ariesen Ahubudu shed more light on such names.